Serena Valdivia is a character who appears in Alan Wake's American Nightmare.

Serena is a film maker and a friend of Alice Wake. Since Alice thought Alan was dead, with the help of Serena, they made a film based on Alan for the annual Night Springs Visual Art Show Film Festival.

The Alan encounters her every third phase of the game at the Drive-In Theatre. As Alan walks through the door, touched by darkness, she tries to seduce him each time. In order to restore her back, Alan has to turn the power on at the Theater. The idea of being what she is under the influence of darkness makes her feel sick. She thanks Alan when she realizes he did not try to go "any further" as she was seducing him.

When she realizes Alan is alive, she is very surprised considering everybody believes he is actually dead.

After Alan turns the lights on in the third time loop, he offers Serena support with dealing with the darkness as he himself was touched by it and can sympathize with what it is like noting that "it gets easier to deal with as time passes". 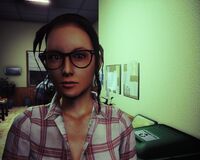 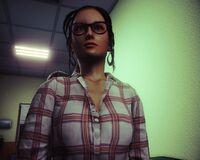 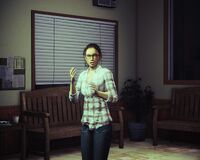 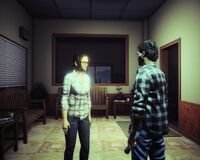 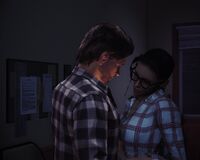