Paul Randolph is met at Episode 3, he is the manager of the trailer park where Rose and other Bright Falls Residents live. Like certain residents, he seems to know about certain myths and legends about Bright Falls. Randolph cares about Rose, citing her smile and that she always pays her rent on time, and calls the police after Alan and Barry Wheeler are in her trailer hours after her usual bedtime. He can be seen at the ending meeting up with Deputy Grant while enjoying Deerfest.

Mr. Randolph liked Rose, that little smile she had, how she was still sweet when life had tried so hard to make her bitter.

It wasn't any of his business what she did in her trailer, but those strangers – the writer and his smartass sidekick – looked like trouble, and they’d been in there for hours, way past her normal bedtime. He reached for the phone and called the sheriff’s station. 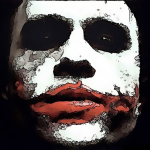