Crossbow is a weapon in Alan Wake's American Nightmare. It can be found hanging on a tree near the Drive-In Theater.

It's slow to reload, and the bolts fly in an arc, so you'll need to aim accordingly. Luckily, there's an upside: the crossbow can fire right through the darkness that protects Taken.

The crossbow is a very unique weapon in that it is the only weapon that can kill Taken without having to first burn away their darkness. The crossbow is a two-handed weapon, meaning that it will replace any weapon in the upper slot. Being more of a support weapon, the player must rely on a one-handed weapon to fend off most enemies. Due to the mechanical firing mechanism of the crossbow, the bolt itself is slow moving and loses altitude quickly. This means that the player must aim the weapon in an arc in order to hit long distance enemies. Also, the crossbow features a smaller magazine as it can only fire a single bolt before it has to be reloaded. This is mitigated by the fact that it can kill all darkness shrouded enemies in a single shot. This lets the player dispose of tough enemies quickly, allowing them to bring a one-handed weapon to bear on the weaker enemies.

The crossbow is first found in the Drive-In in the opposite direction to the building that Serena Valdivia is in (a bit to the right of the movie screen) hanging on a tree near a small food bar. 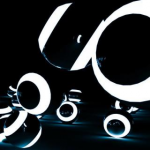 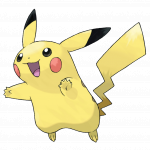